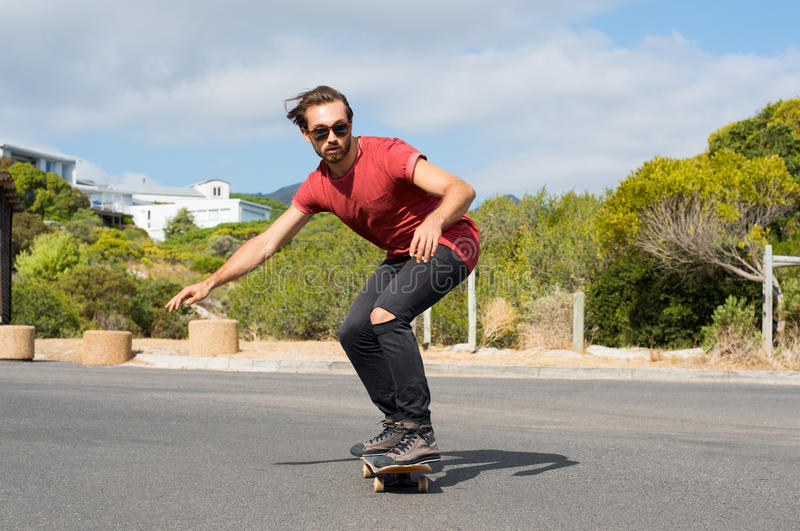 If you want to buy an electric skateboard, you should…

You might be wondering how in the hell you can control it. A regular skateboard moves because the rider pushes the ground with his or her feet. You can also stop by using your feet.

But how do you stop when you’re on an electric skateboard?

Yes, there are brakes on electric skateboards.

You can go 30 mph or even faster on an e-board.

Going that fast without anything to stop you wouldn’t make much sense. If that were true, riders would get hurt and there would be a lot of lawsuits against the companies that make e-boards.

How do you stop when you’re riding an electric skateboard?

It is pretty easy to stop on an electric skateboard.

In fact, you only need to use the remote! 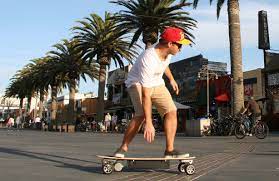 Yes, almost all electric skateboards (there are a few exceptions) have remotes you can hold in your hand that let you:

To stop or slow down, you just have to flick the remote controls back.

But be careful! If you flip the switch back too quickly, the board will stop right away. If you’re going 20 miles per hour, you don’t want this to happen. (You’ll go flying…)

Tip: If you want to stop, it’s safer and more useful to slowly pull the switch or lever back. So, you can stop safely after slowing down over a longer distance. Just like you would if you were driving a car. When you’re driving, you don’t hit the brakes hard. Instead, you always do it slowly so the car stops in a safe way. On an electric skateboard, it’s the same. 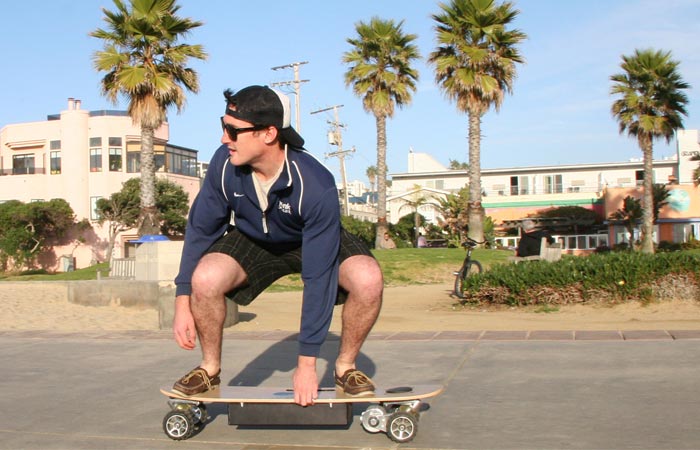 It takes some work.

It takes practice to learn how to ride and stop on an electric skateboard, just like with anything else in life.

But don’t worry, once you’ve been on a few rides, you’ll start to get the hang of it.

During my first practice runs, there were times when I couldn’t control my speed and distance well enough to stop in time. I tried to slow down too quickly, and the board stopped, but I didn’t.

When I was going too fast down a hill, I couldn’t stop in time and crashed into a wooden fence.

Don’t forget that you are not attached to the board like you are in a car or other vehicle. There isn’t a safety belt! If you stop the board too quickly, your body will keep moving at the speed it was going.

If You Must Bail

I learned this rule because I found out that a lot of skaters and motorcyclists use it.

It should only be used when you’re sure your e-board brakes won’t save you.

Even though it’s not the best safety tip, it could keep you from getting hurt badly.

What’s the main idea? If you can’t stop in time to avoid hitting something, get off your board. 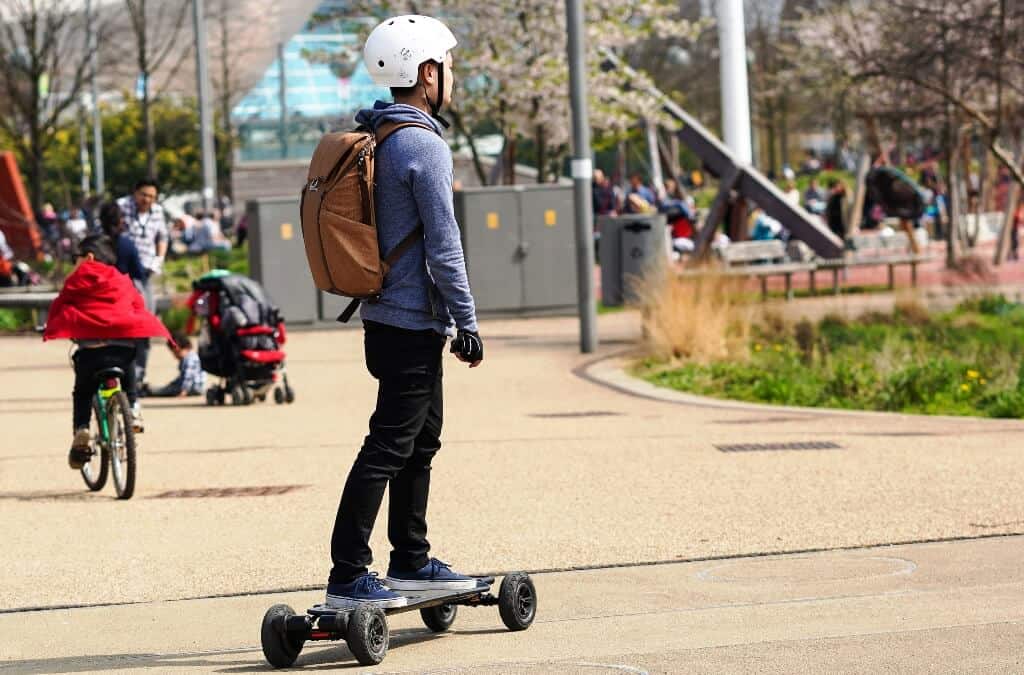 It’s never safe to bail, but if you have to jump off to avoid hitting a moving car, pole, tree, or other heavy object, do it!

Here’s a story about a motorcycle rider who wasn’t able to stop in time and had to use the “Bailing” Rule.

Lesson Learned: A friend of my dad’s had just bought a motorcycle. The first time he used his new toy, he raced up a long hill. He didn’t know that there was a long line of cars on the other side of the hill. He was going too fast and didn’t see the car at the top. He only had a second to decide what to do, so he said “screw it” and ran away. He fell off and hurt himself when he landed in someone’s driveway. On the other hand, his bike was damaged when it hit the back of someone’s car. 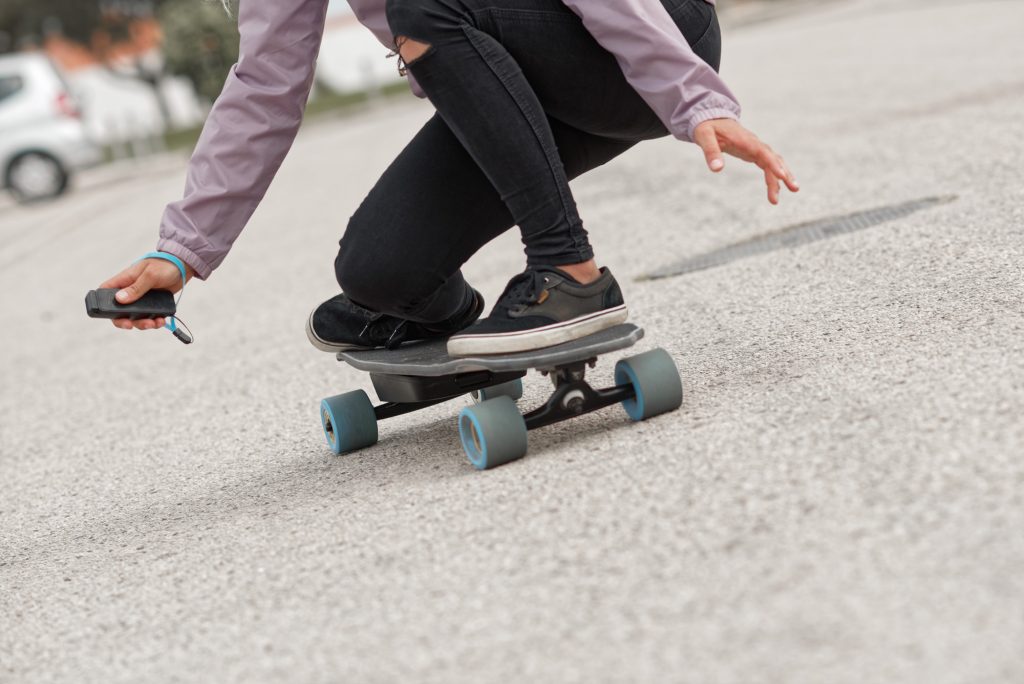 What’s the lesson? Bail if you must. Baiting is based on the idea that it’s better to fall or jump on your own terms than to crash and not be able to control anything.

No matter what, it’s always best to be in charge of the board and stop safely if you can. This rule won’t have to be followed.

I have jumped out of a car once when I was going almost 20 mph and about to hit a curb. I only got a few cuts and bruises when I hit the ground. Who knows what would have happened if I hadn’t left?